So you are thinking about raising ducks.

Let’s talk about some of the best reasons to raise ducks in your backyard.

This post may contain affiliate links. Please read my disclosure if you have questions.
Thank you for supporting this site with purchases made through links in this post. For Starters Here’s My Amazon Link

You’ve seen the cute little ducklings and you think, that you would love to have a few ducks as an addition to your homestead or backyard.

Maybe you are trying to decide between ducks and chickens.

I’ve been raising ducks for a while now and love having ducks. So here is my “two cents worth”, 10 reasons why it’s a great idea to raise ducks.

But before you decide, check out my article on 10 reasons not to raise ducks. With every silver lining, there is a little rain too.

Now let’s check out why I think raising ducks is a good idea. Then you decide if it is right for you.

1) Know How Your Animals Are Raised

One of the best reasons to raise ducks is it’s nice to know that your food and egg producers were raised in a happy, well cared for, and healthy manner. Commercial operations are cramped and unhealthy, never allowing the ducks to see the sun or eat fresh grass or bugs. I love to have my ducks be ducks!

Related: What To Feed Ducklings

As most of us know, the meat we eat is raised on antibiotics and chemicals and is less than desirable to put in our bodies. If you raise the animals yourself, you control what they (and in turn you) eat. Garbage in ducks, garbage in you.

Related>> How Long Do Ducks Live? How To Extend Their Life.

What is better than going out every day and getting the freshest eggs you can get. And duck eggs taste great too. Also, they are actually more healthy for you than chicken eggs. They contain the same nutrients as chicken eggs, just more of them per ounce.

Another good thing about your own duck eggs is you decide what your duck eats. So you know what those eggs are made of. Because of the thicker shell, the duck eggs stay fresh longer too.

They also lay, on average, as many if not more eggs than chickens. And since they are bigger eggs…well, that means a lot more egg!

Related>> Raising Ducks 101 – How To Take Care Of Baby Ducklings

4) Great Fertilizer For The Garden

Manure is great for your garden. We use a deep litter in the duck run. Then at the end of the growing season, we clean out the duck run and pile it right on the garden. Or you can compost it and use it in your container garden. Next year’s plants will love it! Either way, the deep litter keeps your ducks cleaner and your garden is happy too. Win – Win.

5) Ducks Are Quieter Than Chickens

Although ducks do quack the quacking is much quieter and does not carry as far as a rooster’s crow. Ducks also don’t generally get up at 4 am just to make a racket. That’s enough of a reason to raise ducks instead of chickens.

6) Ducks Are Better With Kids

One of the best reasons to raise ducks, is children’s safety.

Ducks are far less aggressive or likely to hurt, scratch, or bite you than almost any other farm animal. They don’t use their talons like other fowl do. They even get along with each other better than other fowl.

They are very social creatures. Mine will follow me around and one even nibbles on my shoelaces until I give her a back scratch. I’d trust my children with a duck, long before I would a chicken or a turkey.

Ducks are great at ridding your garden and yard of bugs. They can spot every creepy crawler in sight and a lot of those that are out of sight. They will stick their bill into the dirt up to their eyeballs digging for worms, grubs, beetles, and all kinds of things that chew on your veggies.

It has been said that “If you have a slub or snail problem, what you really have is a ‘too few ducks’ problem.

At the end of the growing season, open your garden to them and they will take care of all of the next year’s bugs and weeds. It can’t get much easier than that.

Compared with chickens and a lot of other barnyard animals, ducks get fewer diseases, parasites, and mites (they drown those when they bathe). All the way around you will spend less money and time treating ducks for ailments.

Related:  How To Get Clean Water For My Ducks.

Once they are adults, ducks have that nice fat layer that helps keep them warm in the winter. Water runs off their backs when it rains, and since they like to swim, they just jump into the pond (or kiddy pool) whenever they need to cool off.

You don’t have to worry about misters and Ice in the water as you might for a flock of chickens. and without a waddle and comb. Your ducks don’t get frostbite like a chicken can.

Related>> Caring For Ducks In Winter. What You To Know.

10) You Don’t Have Cable And You Want The Nature Chanel. You Will Need Less Prozac.

Let’s face it. Of all the reasons to raise ducks, this has got to be the best!

Ducks are just fun to watch.

Nibbling on grass, splashing in the water, waddling across the lawn, or digging in the mud for their bug fix. And the babies…. nothing is cuter than a brand new duckling.

Ducks just beg for you to sit down and watch for a while. And as you sit and sip your iced tea, your blood pressure goes down and your mood improves. They just have a natural calming effect on you. That’s better than TV any day!

But remember, there are very good reasons Not To Raise Ducks too. Make sure you check out that list also!

And Check out Storey’s Guide to Raising Ducks. Learn all about raising ducks before you take the plunge into the ducky pool.

You can start your own flock of ducks. Order your ducklings and supplies from Cackle Hatchery.

What To Do If You Found A Baby Duck.

How And Where To Buy Baby Ducks.

Setting Up A Brooder Box For Baby Ducks.

Duck Eggs Vs. Chicken Eggs, Why Duck Eggs Are Better.

Raising Ducks 101 – How To Take Care Of Baby Ducklings.

10 Necessities To A Perfect Duck House.

What To Feed Ducks In Your Backyard.

Want some more top posts? Check out this list of Readers Favorites.

I believe everyone can grow at least part of their own food! Let me show you how.

This site uses Akismet to reduce spam. Learn how your comment data is processed.

See what's happening. Get our email right in your inbox. 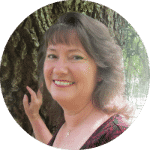 Backyard homesteading is my passion. I believe anyone can grow at least part of their own food. Let me show you how to turn your backyard into a homestead.  Let’s dig in →

Life Is Just Ducky participates in the Amazon.com Services LLC Associates Program, an affiliate advertising program. As an Amazon Associate, I earn from qualifying purchases.